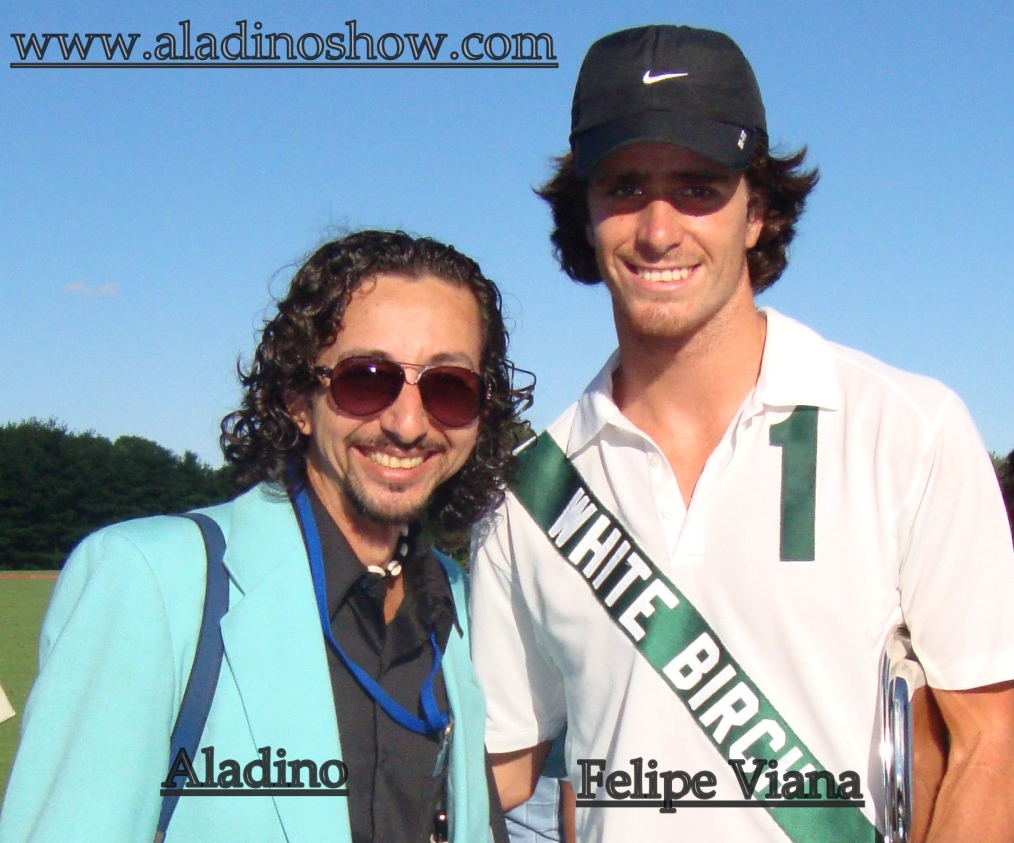 On the picture with Aladino is Felipe Viana player of this match winner team White Birch, one of the most successful polo teams in history, that captured its first US Open Polo Championship in 2005. It was their 31st title at the 26 goal level or higher. White Birch won all three 26 goal tournaments during the 2005 season in Palm Beach. In the 1990’s White Birch dominated every major tournament at Palm Beach Polo in Florida. The White Birch Polo Team has won more high goal polo tournaments than any other single team in the past 25 years.

Aladino had the opportunity to chat with many celebrities who attended the event including Bravo’s actress Tina Pray, Karen Hoyos Celebrity Coach-Speaker and dog Couturier Anthony Rubio.